Get fresh music recommendations delivered to your inbox every Friday.
We've updated our Terms of Use. You can review the changes here.

from Anime Revolution: The Beginnings EP Part 1 by Chaos Network 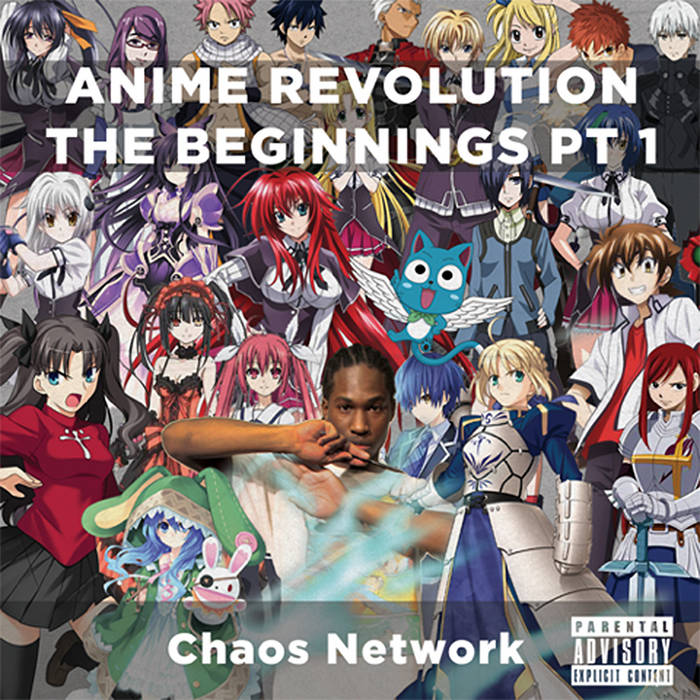 [ Verse 1]
Woke up in the morning and it's not looking bright,
we surrounded by these walls and they limit our flight,
the future looks dark and our chances looking slim,
the titans or us humans who you think is gonna win?
I put on my cloak cause i represent a faction,
my uniform under, i don't care about the fashion,
I care about the msg that's what I stand by,
The wings of humanity today it's gon shine,
Survey corps represent Eren Levi where you at?
Mikasa in the front,
There go Armin in the back,
Erwin lead the way you the real MVP,
Them fuckboys behind Sina scared of sum they never seen,
fuck hiding in a cage, i feel you on that Eren,
born into this world thanks to both my loving parents, and i don't plan to give it up for no one race,
We share this land together under lord God's grace,
what it is nigga?
Now what you is nigga?
Goon squad, Survey Corps.
You know the bus' nigga,
This shit serious nigga,
We play to win nigga,
And we don't plan to stop until that key hits that lock,
Tell me what you fighting for, what's your purpose in this life, yes we know that you exist but are you truly alive,
Do you understand those words?
Tell me what defines life,
There's a bigger picture here, you need to elevate your mind,
Now fight!

You are the prey
and we are the hunters
*X3*

[Verse 2]
Humanity's comeback hell yeah it's on the way,
got a blond genius his strategies is on display,
a whole team of elite and a girl who flex for days,
rumored six pack on her I'd still hit that anyway,
main character power man this nigga should be dead,
he's shifting on these titans as he's shifting off their heads,
And you see them bitches flying, it's a warzone for real, we don't need no airplanes not with that maneuver gear,
gon form that formation you should already know,
this gon be that winning play that's gon win this game fasho, if you fuck up once then there's no more tomorrow, you fighting for humanity you'll die with some honor,
they coming into where we live they fucked up now,
the squad killing these titans we'll show you how,
that armored and colossal titan will be taken down,
we'll take back what's ours, wings of freedom know no bounds rah

Chaos Network is an American Otaku rapper, songwriter, record executive, record producer, and entrepreneur from the North Side of Chicago, Illinois. Chaos Network makes Otaku and Anime Rap music, rap music about and/or inspired by the subculture known as "Otaku," and its main media, Anime. He represents the fans of Anime and the culture of Otaku in the music industry. ... more